COSMIC HOLOGRAMS - An interview with Jill Hughes and Jude Currivan

Stephen Hawking revealed from beyond the grave his final scientific theory – that the universe is a hologram.

The cosmologist who died on March 14, 2018, has challenged previous theories of cosmic “inflation” and the “multiverse” in a new paper published in the Journal of High Energy Physics.

Scientists generally believe that for a tiny fraction of a second after the Big Bang, the universe expanded incredibly rapidly before settling into its present state, filled with stars and galaxies – the inflation theory. But some have proposed that, on a grander global scale, inflation goes on for ever, giving rise to a multiverse – a number of different universes with their own laws of physics. 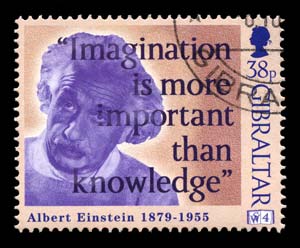 Prof Hawking was always troubled by this idea, which at a fundamental level can not be reconciled with Einstein’s theory of General Relativity. In an interview in 2017 he said: “I have never been a fan of the multiverse.”

Working with Belgian colleague Prof Thomas Hertog, Prof Hawking extended the [weird] notion of a holographic reality to explain how the universe came into being from the moment of the Big Bang.

The new theory embraces the [strange] concept that the universe is like a vast and complex hologram. In other words, 3D reality is an illusion, and that the apparently “solid” world around us – and the dimension of time – is projected from information stored on a flat 2D surface.

Hawking and Hertog’s variation of the holography theory overcomes the problem of combining eternal inflation with General Relativity. 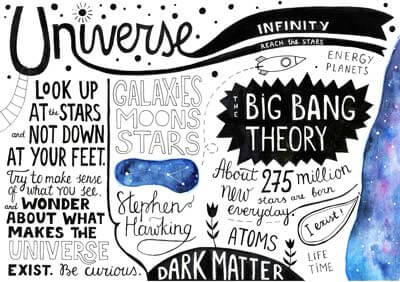 Prof Hertog, from the Katholieke Universiteit Leuven [KT Leuven], said: “It’s a very precise mathematical notion of holography that has come out of string theory in the last few years which is not fully understood but is mind boggling and changes the scene completely.”

Applied to inflation, the newly published theory suggests that time and “the beginning” of the universe arose holographically from an unknowable state outside the Big Bang.

Prof Hawking said before his death: “We are not down to a single unique universe, but our findings imply a significant reduction of the multiverse, to a much smaller range of possible universes.”

[Article: The Telegraph Reporters, May 2018]

COSMIC ANCESTRY an interview with Jill Hughes and Brig Klyce

Cosmic Ancestry: the modern version of Panspermia, by Brig Klyce. Listen to the podcast where Jill Hughes interviews Brig to discover more about the hypothesis of the origin of life on Earth, based on the views of her relative Sir Fred Hoyle (discover more HERE ), and Chandra Wickramasinghe.

Sir Fred was a prior day Stephen Hawking, actually Stephen attended one of Sir Fred’s Royal Society lectures and told him that he’d made a mistake. When asked how he knew there’d been an error, Hawking replied: “ Because I’ve worked it out in my head.”

[Fred’s muttered response goes unrecorded, albeit he was a quite direct Yorkshireman not adverse to ruffling a few feathers on the odd occasion!]

Sadly, I can’t claim to have inherited my relatives intelligence, however he was also an author and wrote Sci-Fi, one of his books was televised- so something in common!

He was a controversial astronomer and cosmologist, rejected ‘’big bang’’ theory, turned his back on Cambridge and was mysteriously denied a Nobel prize – perhaps because of his belief that life must be of frequent occurrence in the universe. He argued [along with Chandra] that the primeval molecules from which life evolved on Earth, had been transported from elsewhere in the Universe – a theory known as Panspermia.

To find out more listen to my interview with Brig Klyce, below, which is really interesting and illuminating.

To find out more about Panspermia and some awesome recent supporting scientific discoveries, read the article by Chandra Wickramasinghe and his associates on Science Direct