Money affects so many aspects of our lives that conflict becomes inevitable if couples don’t know how to manage their finances together. So it’s hardly surprising that a recent couples counselling [Relate] survey identified money worries as THE issue placing the biggest strain on relationships in the UK. In the US, a 2016 Money Habits and Confessions survey by Learnvest found that 1:5  Americans had never had a serious conversation  about finances with their significant other. Globally, that’s quite a few ostriches gulping down sand, eh? So this article aims to get more of us unburied whilst avoiding the undead in Financial-La-La -land.

” Money may not buy love, but battling over it will bankrupt your relationship.’’ – Michelle Singletary

I discovered first hand that tensions can erupt if one of you is a spender who  lives for the here and now, and one is a squirrel saver stashing it away for  retirement and a rainy day.  On the spectrum between the compulsive spender and the fanatical hoarder where do you fall? Our money mind set is often conditioned by the attitudes of close family members. What were your parents’ attitudes and who do you  most take after?  Right now, I’m somewhere in the middle of the two polar opposites, but several years ago after I was diagnosed with melanoma and as the prospect of death came sharply into focus, I became more ‘in the moment’ and ‘I want it now.’

Perhaps that’s understandable given the serious health circumstances and the wider societal context where instant gratification is increasingly becoming the norm? However, the divergent outlooks in the relationship caused lots of arguments. Now, as I survey the post-divorce landscape this is undoubtedly cause for considerable regret. Divorce can haemorrhage finances much faster than any sticking plaster can fix.

Why rip dollar bills or banknotes in half?

Also as I analyse and accept my part in the escalating disputes, I recognise that as an independent career woman with her own bank account I resented the undue and heavy handed [from my perspective] control my husband tried to exert over the joint finances. In response I stopped listening, dug in and focused only on the unreasonableness of his position and inevitably the [assumed] superiority of mine. For more about the antidote to financial deafness check out the Listening skills page on my website. As Robert Kiyosaki pointed out:

So, looking back what would I have done differently?

First and foremost: protect and preserve

Winning the argument and being right is not the real objective as I came to appreciate rather a little too late. The real objective as Robert Kiyosaki  author of: ‘’Rich Dad, Poor Dad’’ hints at above and I’m elaborating on here is, to protect and preserve what you have managed to accumulate for your own benefit and above all your family’s. In that context talking openly about money with your significant other, heading off the arguments becomes less of a nice to have option and more of a fundamental necessity. Also respecting the other person’s perspective, establishing trust, and demonstrating a willingness to compromise are all key to successful outcomes and positive resolution. What I learned is that resistance and a refusal to talk constructively about money can be devastatingly costly in both emotional and financial ways – hence I’m advocating the path of least resistance and regularly touching base to keep communication lines open. A heavily litigated divorce decimates the family pot quicker and more effectively than a vampire bat locked on to its prey, and as I can also confirm from first-hand experience the role of a single parent is tough and can be very stressful, with or without garlic to ward off unwanted predators. 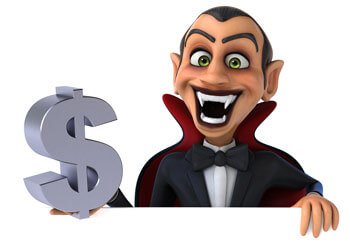 Disrupted relationships- separations or divorce –cause household  incomes to diminish from as much as 28-42% and particularly pose a threat to mothers, as evidenced by an attendant increase in benefit claims. Significantly the threat is worse for mothers in low income families, with almost half of American families experiencing poverty. The family economy changes for the worse, significantly decreasing the household net worth, and many women experience a substantial decline in their financial circumstances after divorce or separation, which in turn can adversely affect their children and future generations. Nb. the same is not necessarily true of men/fathers who can actually see their incomes not only recover quite quickly but also increase post- divorce. As such separation/ divorce are unlikely to feature in any ‘How to Remain Rich or Affluent Top Tips’ list – quite the opposite, as its contraindicated in the broad aim and aspiration of keeping assets intact and overall wealth preservation.

When a couple are on the same page about money, they can work together through difficult times and have a map to focus on jointly.  Are you in a new relationship that’s getting more serious? Make sure you bring up money issues before taking any big steps such as living together or getting engaged. Make money discussions a regular thing but not when the bills hit the mat or the in- box, or at other times of financial stress. Resistance to constructively discussing money is counter- productive and also may contribute to the ongoing gender pay gap, which arguably needs to be closed. To that end, all credit to British PM Theresa May who is calling for all firms to publish their gender pay gap as she fears it is not being closed quickly enough.

“There are many languages in the world but the most widely spoken and understood by everyone are power, love and money.” – Bangambiki Habyarimana

How to have productive money natter and cash friendly chatter

Tricky discussions with the significant other

Don’t avoid the subject, plan ahead and say: ‘How about on X day, we sit down and spend some time talking about money?’ Then when the time comes be upfront about your concerns but avoid being judgemental –discuss and agree where cut backs can be made. Draft a budget and a roadmap to pay down variable rate debt – highest rate first. Review progress regularly and with debt cleared or consciously being managed, aim to start saving/investing on a regular basis.

Asking the boss for a raise

‘Your salary or income scale doesn’t define you, but it more than likely will determine your comfort level in retirement. Always have feathers in your nest egg.’ – Jill Hughes

Talking about salary can be considered as one of the last taboos, albeit millennials are 4 times more likely to discuss compensation with colleagues than baby boomers. So let’s all clear the air. The time to pipe up to get a fatter pay-check/cheque has arrived. This is covered in more detail in my free report: ‘3 proven ways to pull more money to you in 30 days,’ available on my website. First of all do your Research and find out the going market rate for your position and how that compares with the internal salary scales, also check out what perks and benefits competitors offer so that your ‘ask’ is in the bandwidth and you don’t undersell yourself. Record – keep a dairy of all the extra things you’ve taken on and pulled off, mention praise and positive feedback you’ve received. Blow your own trumpet regularly. Ask your boss, ‘when would be a good time to discuss a salary review?’ and get a date in the dairy to do so. Rehearse – practice your pitch with a friend or your partner. For more on this and how to increase your going rate if you’re self-employed in a service business, sign up below. Remember overnight success is a myth but small incremental changes will soon stack up. The sooner you get started the better – good luck!

To help people get clued up, fired up, opened up about money and finances.

i)  Marripedia ‘The effects of divorce on Financial Stability.’

Three-Day-Eventing: A Horse’s Pentathlon? What’s That All About,...
Scroll to top