SPIRIT OF PROPHECY is awarded a resounding thumbs up and another highly acclaimed 5* review in the 2018 Readers Favourite competition.

Readers’ Favorite is one of the largest book review and award contest sites on the Internet. They have earned the respect of renowned publishers like Random House, Simon & Schuster, and Harper Collins, and have received the “Best Websites for Authors” and “Honoring Excellence” awards from the Association of Independent Authors. They are also fully accredited by the BBB (A+ rating), which is a rarity among Book Review and Book Award Contest companies.

Rider Juliet Jermaine lost her Olympic horse, Gothic, and his rider, Isabella Levine, in a horrific unprovoked road rage attack. Isabella’s murder is investigated by psychic detective Rosetta Barrett, whose earlier warning about the attack was ignored by Juliet. She discovers that the murder is only a small part of a cycle of revenge and retribution born from a terrible atrocity that occurred in an Apache Indian territory centuries ago.

The concept of Spirit of Prophecy by Jill Hughes is a familiar one, but the combination of paranormal, crime, and sci-fi genres with an intriguing premise will hook any readers who really appreciate a healthy fusion of themes. Set in the near future of 2021, there’s an interesting proposal regarding the role of AI in our lives, which I think is easily plausible. The characters are complex and well developed. It’s easy to empathize with Rosetta’s situation. Her otherworldly ability doesn’t compensate for her failed marriage and her separation from her children. That said, I do question her judgment in some situations. Juliet is also easy to root for, especially when she is betrayed by people that are closest to her.

The prose is clear cut and the transitions between different characters’ POVs as well as the timeline are deftly handled. Even though I feel some events could be developed faster, the overall pacing is good. The plot is well thought out, and much more intricate and extensive than I had anticipated. The story line is mainly crime-based but there’s a good dose of well-timed humor and light moments. Overall, Spirit of Prophecy is a roller-coaster journey of intrigue and suspense, a solid read from Hughes.” 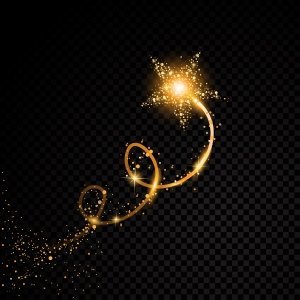 Kirkus is the gold standard of professional book reviewers widely respected worldwide for their frank, objective and unbiased assessments.

In an online driven industry which is increasingly quantity rather than quality driven they uphold high standards in the publishing industry.

Did Spirit of Prophecy hit gold or did it get blasted to pieces? Find out on their website – www.KirkusReviews.com

RED HEADED Book lover - what does Aimee Ann have to say? 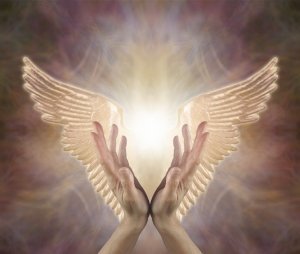 Find out what the ‘Red Headed Book Lover’ has to say about this outstanding novel on her Website.

Jill say’s ‘Aimee is amazing and we really clicked as she’s passionate about books, reading and loves digging deeper in to what makes Authors tick. Plus she also supports military charities, one of mine is S.O.T.S [www.soldiersoffthestreet.com] see my Resources page for more.’

Check out what Aimee does on her ‘Giving Back to our Wounded Heroes‘ page.

See what everyone has to say over on Good Reads.

Leave your own review by clicking the button!

Reviews from Goodreads.com
Scroll to top